The focus of pink and blue. 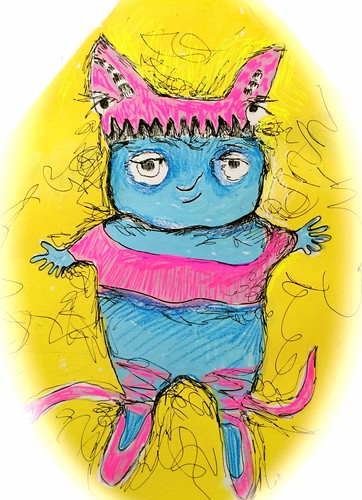 I remember struggling with the idea of baby clothing.
With each pregnancy I was keenly aware that yes there were some ranges of yellow, green, and a surprise orange
but the majority of everything was pink or blue.
Pink is for the girls and blue is for the boys.
With each bald baby of mine taking them shopping wasn’t about duct taping or gluing a pink or blue ribbon on their head.
Even those pesky bands that looked like someone’s old wedding garter?
If a stranger passed by and said ...why isn’t he or she cute I would say thank you..
Even if they picked the wrong gender.
I thought who cares?
But society must because everything is this or that.
I’d imagine the showers for babies are still pink and blue, blah...
History shows that in the 1800s before manufacturing and cheap dyes, there was just one color.
White.
And for that matter boys and girls wore dresses.
That is right supposedly until they got their first haircut around kindergarten age.
In 1918 the story goes that pink was originally for boys and blue for girls.
By the 1940s everything decidedly changed and it was reversed to pink for girls and blue for boys.
Can you believe that this strange societal phenomena is still viable today?
I struggle with the whole pink/blue identity thing but I’m relieved that good things have been happening like marriage equality and openness and acceptance to gender identity for those who need it.
Pink or blue should not be meshed with who you are and your identity.
And how silly is it anyway that we are still stuck in the 1940s with color choices?