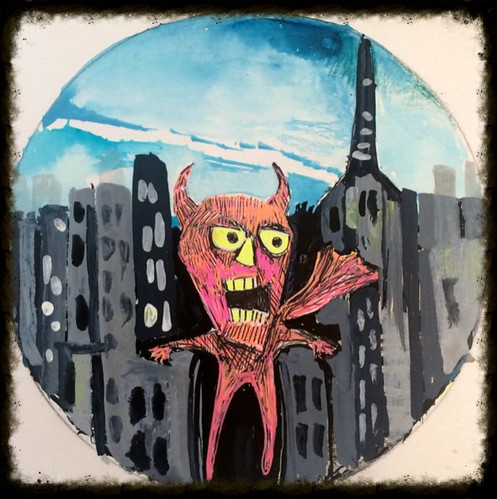 In Tucson during my grad school years there was a news story that would come around again and again.

The Chupacabra was believed to be this flying animal that exists in Mexico and South America.

Larger they say then a bat with intricate features.  It was said to feed on livestock.

The news would have local farmers talk about it followed by grainy footage of something flying in the air.

Mostly a pest but it worried people as it bit ….or let us say something bit the livestock.

This phenomena continues. I even would joke about it at my former employment so much so that I got the nickname Chupa.

As skeptic as I am I find the story fascinating.

Perhaps the Chupacabra will be in a city near you looking for its next prey.