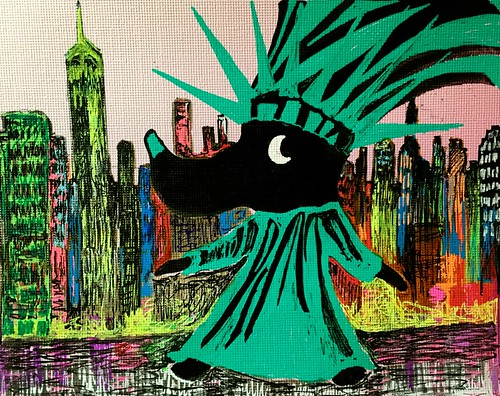 The past several years I have opened up the doors on Halloween and given out candy in a costume.
This year my costume of choice was the Statue of Liberty.
How fitting it was to be the Roman Goddess.
The statue was given as a gift from France.
The story goes that it originated from a conversation between an abolitionist and an artist.
Somewhere around the 1880s it moved around to expositions and was sought after by Boston and Philadelphia.
It ended up on an island closer to New Jersey yet still represents New York.
Some 60,000 pounds of copper was used to make it and is 305 feet high.
They say that about 9 million immigrants/refugees saw this first as they were coming in by boat to the New America.
Emma Lazurus was asked to write a poem of which we all know as she states, “Give me your tired, your poor, your huddled masses yearning to be free."
Through funding nightmares,floods,wars, attacks, lighting strikes, and hurricanes this Liberty Statue
is a testament that art transforms.
It is a symbol of the past, present, and future.
Here we are about to enter the year 2016 and it still speaks with her presence.
Representing idealism of a great America.
Climb its 354 steps and there you can envision your ancestors view at the top..full of hope.
Newer Post Older Post Home