Cats out of the bag 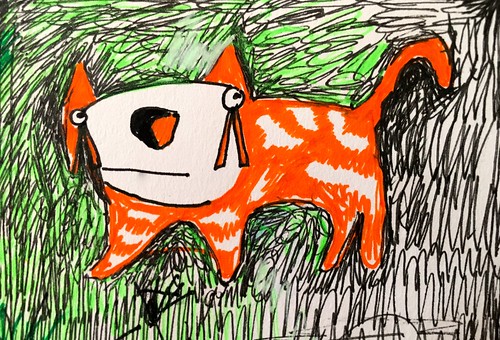 I confess.
I have a bit of an obsession.
It all began during the boom of the internet and youtube.
What is it you say?
Videos of Cats.
I’ve been reminded that this is a strange phenomena according to my other half.
I will say that I am not the only one.
According to the web,  cats do get all the attention.
While dogs are popular, it is the cat that gets more clicks.
Why?
I imagine that part of it is the fur and the capriciousness of what they will do next.
Unlike dogs, cats are more independent and unpredictable.
Cats aren’t readable, they are a little weird but still cute.
Many believe they are a blank slate that we can project our emotions to.
Do I have a cat?
I did have cats.
I have dogs now at the moment.
My present preoccupation is limited to seeing Cats of Instagram and goofy videos.
I do know that in Japan and even NYC they have Cat cafe’s.
You can get your latte and pet one of the many friendly felines there.
A popular place where people who do not want a cat or have rules that don’t allow a feline
as a pet can still get the enjoyment of the pranced and furry friends.
I can’t say that I wouldn’t open the door to a place like that.
The cat is out of the bag.