There is no signature dance at the hospital. 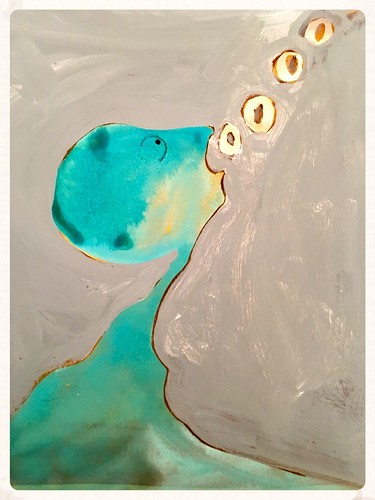 Lately I’ve been thinking about hospitals.
As morbid as it seems, death comes as fast as life is welcomed.
Hospitals and their clinically clean white walls, large elevators, and gurneys mixed with floor to floor people feels more sacred to me than any mosque, synagogue, or church.
The smells that you encounter won’t shelter you from anything.
There is no cushion or complimentary softness about it.
Its stark, dark, and blatant with pungent ripeness.
Through those floors and halls.. it has the ability to save lives and release them.
As a kid, I rarely went to a hospital.
Mostly we were at the ER for a cut, scrape, or concussion.
Mishaps and missteps of growing up.
Fast forward as an adult and my very first experience of a dying relative was my aunt.
At first Maryanne began limping and then was admitted to Thomas Jefferson for what was a questionably large blood clot to her leg.
They immediately began to give her clot binders and started a series of MRIs, Cat Scans, and X-rays.
With each day a test followed more grim news.
Doctors described the growth of cancer as fruits.
A grapefruit size tumor on her liver.
Another the size of a lemon under her arm surrounding her lymph nodes.
Then the size of an orange in and around her stomach.
I remember the finality of it all during conversations with my sisters.
I’ll admit to being nervous about going to see her as my 30 year old self just couldn’t comprehend the enormity and the speed of it all.
She was only 49 years old.
Maryanne was a city girl, single,working and enjoyed life as well as chain smoking.
The large block long city hospital where I went to visit her was 12 stories high with an atrium in the middle.
I drove in by car and prepared myself as best I could.
She recognized me as soon as I walked through the door.
Her face pale, her eyes frightened and wide and two tubes of oxygen rested and taped to her nose.
She began to speak and said ...Michelle.. this fucking sucks!
I said yes Maryanne it sure does.
She then began to shuffle around looking for a pink pill she had dropped.
She asked me if I could find it for her.
I thought perhaps she had a bit of delirium as she was on opiates/morphine for the pain.
A sort of Alice in Wonderland stare was clearly exhibited on her face.
I looked on the floor and there it was.
The pink pill.
I gave it to her and she then complained of cold feet that hurt.
And I remember her asking me if I could massage them for her.
So I began to rub her feet.
I thought what good am I if I can’t help a dying woman?
I imagined that she hadn’t been touched by anyone else other then the doctors and nurses
who poked and prodded her into the machines to see what was wrong.
I spent a few hours there and said goodbye.
Within 10 days she was admitted to a local hospice in the city.
She passed at the end of May right after turning 50.
No one knows the timeline of their life.
There is no signature moment that reminded me of a hallmark card or a sweet song.
She was moving towards death and it was harsh, unforgiving, and undeserving.
I had no control of what was happening and nor did she.
There is no signature dance at the hospital.
You keep dancing to life until you are unable to.