The era of Punch 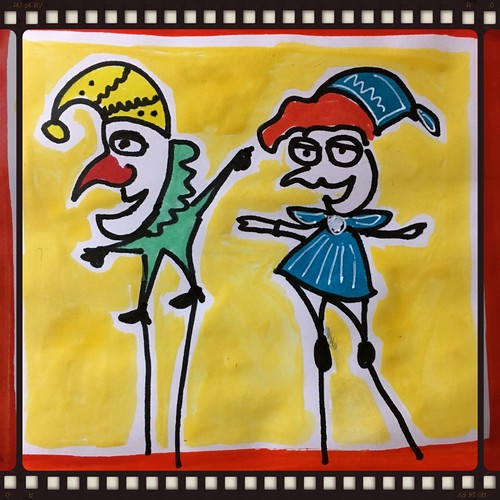 Punch and Judy is a story from the 16th century.
Two puppets, one male and one female.
Marionettes that have fixed wooden faces placed on a small stage.
It was a popular narration for those ravenous for entertainment.
No morals, non- informative and distant to realism.
Punch was a violent puppet show that was also a comedy.
It was there to entertain, to laugh, and at the end of it walk away.
It has been enjoyed by many people for hundreds of years.
We have it in many forms today such as reality shows, plays, theaters, games and the internet.
We are entering into a new era as now we have it in our very own political system.
Yes, thats right .. get your popcorn and be ready.
As it is garnered to be a real show of all shows.
Like the story of Punch, he is a villainous amoral type but amusing...
It garnered many folk to perhaps not identify with him... but to laugh as a result of the revolting behavior.
For that moment, the story was a fantasy and reflected the need of the times.
Past or current, stories and narratives can reflect the atmosphere.
The difficulty with a story like this is when it does become a reality.
Stories are stories.
There is fiction and there are facts.
A divided nation of immigrants who cling to emotions.
With the scenario of Punch and Judy,
Punch cannot be destroyed and Judy is to most in the crowd a nag.
This story however old, is always being retold.
The pendulum swings back and forth in this play never changing...Volatile and funny and repeatedly unrepentant.