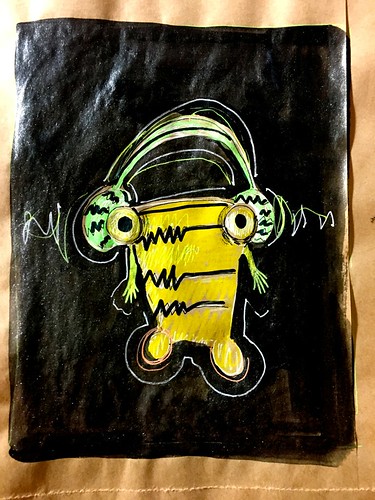 5 years ago I woke up dizzy.
I got straight up and out of bed and I thought the room was swaying.
I couldn’t make sense of it all and shook it off.
I drove the car and took the kids to school.
I ran errands and as long as I was able to gaze and not turn my head  I was okay.
Throughout that week things got worse and I was miserable enough
that I needed some sort of answer so I made an appt with the doctor.
At first, they believed it to be calcium carbonate crystals
and told me to lay down and turn my head one way quickly,
this would then shake back the calcium to where it should be.
They did this positioning a few times then sent me on my way with what they
thought was a cure?
The next morning I woke up still dizzy.
The next plan was to call an ENT.
I went the appt. and received and auditory test.
Some damage had occurred in my left ear most likely from a concert or two,
but the structure of the ear was intact.
I got a tube down the nose through to the esophagus to see if all was well in the throat.
They marked up the diagnosis of labyrnthitus.
The dizzy spells were caused by a virus or cold that had settled into my ear.
They believed this “bug” would hang out for at least 6 weeks….
Whatever entity it was managed to inflame the inner ear and nerves.
They felt I had to wait it out and manage my day to day just dizzy.
Not much you can do when your balance is off, you can't hear and your dizzy.
I feel for those that have hearing loss and vertigo.
The simpleness of sounds make your whole world connected.
Crickets,traffic,oceans,birds, kids,music and even the sound of a paper bag
creates a narrative of the where you are in this world.
I would eventually get my balance and hearing back.
Its was too quiet those 6 weeks.
The sounding sense that is often taken for granted.
Its good to hear and even better to listen.
Newer Post Older Post Home