Scenes from an American Deli Counter 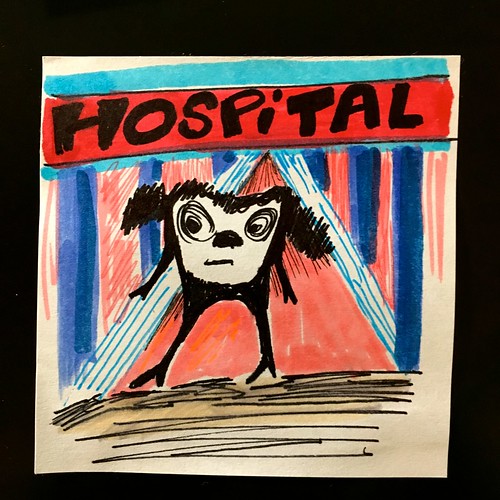 Your BP is reading too high.
This was according to the nurse with the butterfly tattoo on her neck.
She rolled her eyes, took a deep breath, and said..lets take it again.
I was at the docs for what was to be a regular checkup.
They were alarmed enough that I had what they deemed an emergency.
Two doctors said go to the ER.
Take your pick of choices.
And so I drove to the hospital of choice and went to the front desk and took a number.
Much like the way it is at a deli counter except your not always in a sequential formative line.
The ER is a triage.
A deluge of people who are emergent.
Some life threatening.
Car accidents, heart attacks, drug overdoses, shootings, strokes, and loneliness plague the walls.
Sometimes you are lucky to be seen quickly and others you are at the mercy of
what is coming in the doors and how many are on staff.

Within 2 hours, I was taken to the back to get bloodwork.
I would get results of that within the hour.
While in the waiting room, I saw plenty of narratives.
Some simple and others complex.
We do have an opioid problem.
A young woman was brought in by two cops.
Her husband had overdosed and she too had a significant amount of stuff in her system.
I saw the officers faces.. It revealed a lot.
There is no privacy in the waiting room.
No curtains and no quiet.
She was stumbling her speech and slurring her words.
She gave a bag to them of white pills and told them who her dealer was.
A caucasian male in his 70s.

Hour 3 I was brought back again to get an X-ray of my lungs.
I came back out to the waiting room and it seemed like
there were more people that were brought in.
I saw many more elderly.
Some in bathrobes and others attached to oxygen tanks.
Their skin color showed that they were unlucky with health.
Jaundiced and oxygen deprived or the liver was failing to filter their own poisons.

Hour 4 I was sent back to a room.
Two female doctors and a male nurse came in to ask questions,
provide feedback on the test results and hopefully send me home.
All tests came back normal except for the BP.
Genetics come into play with all my family members on both sides having BP issues.
The doc wanted me to get on meds.
While it was not life threatening to her, I couldn’t maintain that level of pressure forever.
Meds were given.
They waited a bit to see if I would react and it would go down as it did within the hour.
Low salt diet was suggested.
Low stress was suggested.
Follow up with your doctor.

Hour 6 and I was given the okay to leave.
They unhooked the monitors and I walked back through the hall towards the exit.
Each curtain filled room, I could hear the beeps and see the faces.
Young and old.
There for some reason.
A system, a triage, a narrative of life and death.
Fixing as much as they can.
One person at a time.
I emerged outside and got in my car as the sun was setting.
Resolute and relieved to no longer be a patient.
Someone else can now take a ticket from the american deli counter.
Given the salt content in deli meats, I no longer will be in that line anyhow.