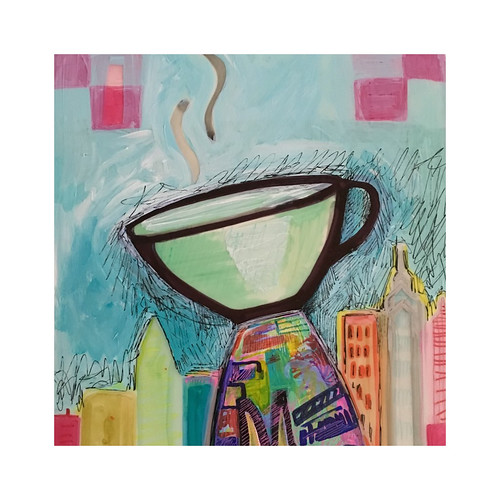 I grew up with Folgers in a can.
My mother would make a 12 cup pot that smelled stale and burnt.
By the time I actually tried it at 17, it seemed worthless to even sip.
Fast forward and as I grew older and starting waiting tables, caffeine and coffee
became more desirable.
The restaurants grinded their own beans and it smelled and tasted so different.
As I continued further in my education, Starbucks and coffee shops grew even more popular.
It seemed as though coffee specialities were on every block.
Even breakfast places like Dunkin Donuts, Wawa, and Mcdonalds have introduced their line
of specialties of the magic wake up bean.
Matching everyones flavor profile to a t, its hard to not want at least a cup a day if not two.
And in cold winters, a hot cup of coffee works.
Here here to the cup of joe and the wizardry of its wake up call.
Newer Post Older Post Home