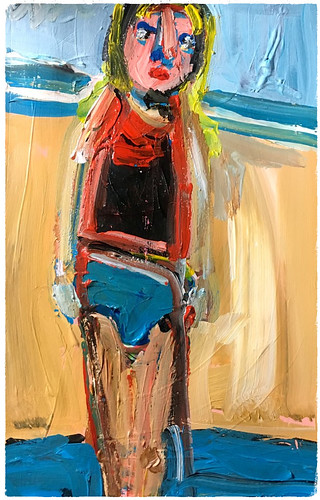 When my grandmother was in her early 60s til her early 80’s,she would take a bus to Atlantic City. She would be picked up somewhere in Boothwyn,PA and take the 1 and a half hour trek. Atlantic City was getting worn down but she had this ongoing nostalgia as it had history and memories from her past. The boardwalk itself was built in the 1800s and named after the popular game “monopoly”. It was one of those places that became a boomtown in the 60s and by 1976 they legalized gambling. Casino’s started popping up everywhere. I have old photos of her and her siblings in their bathing suits having a grand old time in the 1940s. The shore looked so preen and pretty and the classical lines of the black and white photos showed there a was a lot happening. She said there was a boardwalk, fudge, a beach, 5 cent slots, and cheap food. What else do you want? she would say…. "And a sunset!”.."then I would get on the bus and get a good night sleep in my own bed". No stress and no fuss and the price was right! Who needs fancy?
Newer Post Older Post Home